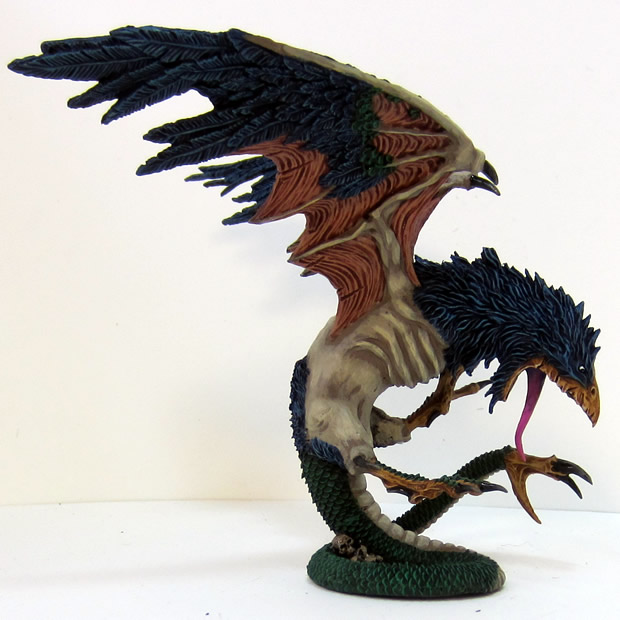 Here i’ll be painting another really nice model from Games Workshop. Released with the Storm of Magic expansion for Warhammer.

Ill paint it similar to the way it looks on the box, using some plain earthy colours as a base, with much brighter colours as a contrast, it is a magical creature after all.

The painting of the model will be divided into several stages each focusing on a different part of the body, I’ll describe each in detail below! 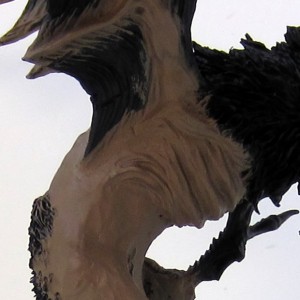 SKIN – I used a pale, neutral tone here. Starting with a basecoat of KHEMRI BROWN, cover all the cockatrice’s skin, using a slightly lighter tone KOMANDO KAHKI Build up a layer of shading by painting the raised areas. You may need to add a couple of coats as this can be quite a thin pigment. Start Mixing in BLEACHED BONE, and build up the shading to end with an extreme highlight of pure bleached bone. 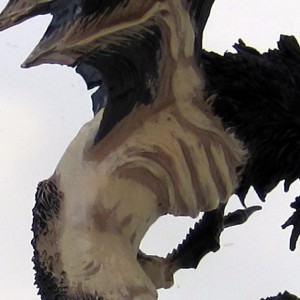 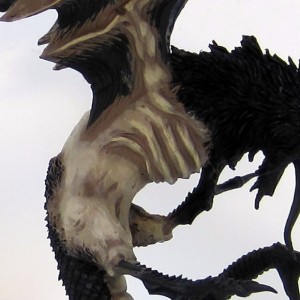 WINGS – The leathery parts of the cockatrice wings were painted a slightly different shade, I mixed a little BLEACHED BONE with TALLARN FLESH as a basecoat, this makes a nice light fleshy shade. A wash is needed to tone this down a little, and add shading, pure OGRYN FLESH is a little too light for this so mix in a little BAAL RED. 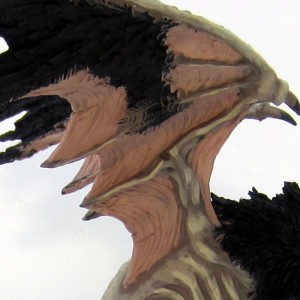 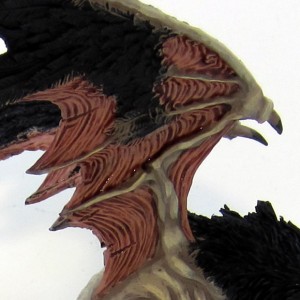 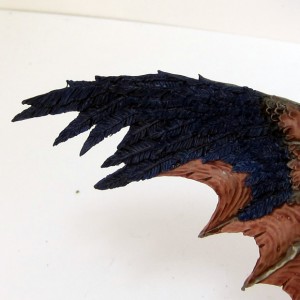 FEATHERS – A vibrant blue was needed for the feathers, i used a shade a little darker than on the box to contrast with the pale flesh tones used so far. Start with a basecoat of REGAL BLUE, you could use ENCHANTED BLUE for a little lighter shade. Start mixing in BLEACHED BONE to the blue, Wetbrush over the feathered areas, picking out raised parts and details. Repeat this process with lighter and lighter shades, ending with a wash of ASURMEN BLUE to draw the shades together. 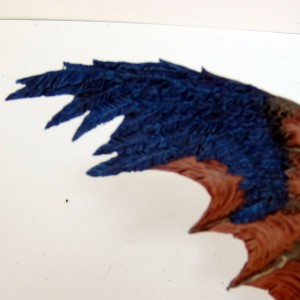 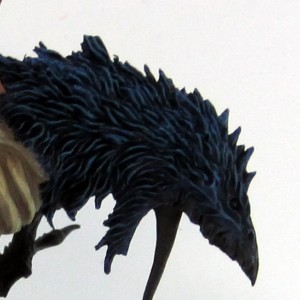 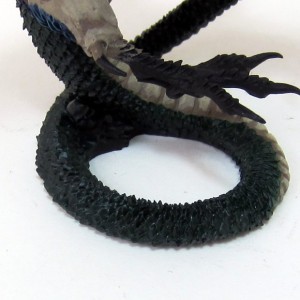 SCALES – I chose a Bright green shade for the scaly bits, these are mostly on the lower body, but some are on the wings also. Start with a basecoat of DARK ANGELS GREEN, this can be a thin pigment, so some people may want to apply a basecoat of ORKHIDE SHADE first. Next i used a old Games Workshop colour no longer in production, JADE GREEN. Mix this into some DARK ANGELS GREEN, and highlight the scales applying a wetbrush. Finish these areas with a wash of pure THRAKKA GREEN. 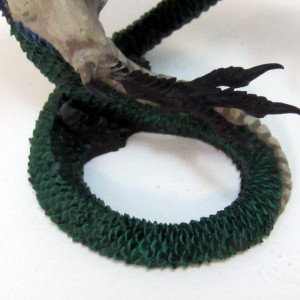 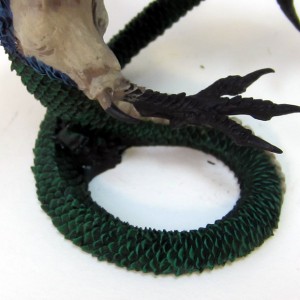 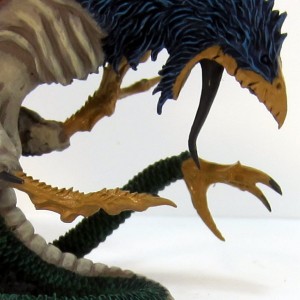 BEAK – The beak and feet were painted using a basecoat of TAUSEPT OCHRE, Highlight this by adding a little BLEACHED BONE and painting the raised areas. A wash of GRYPHONNE SEPIA draws these shades together. 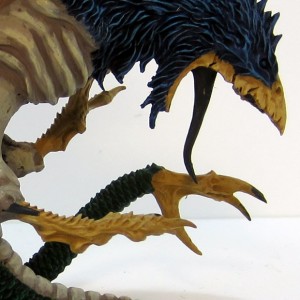 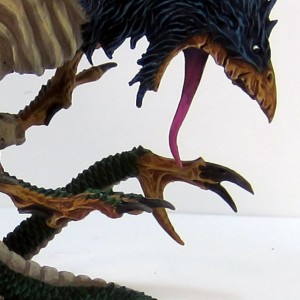 DETAILS – The claws were painted a really dark colour, starting with CHAOS BLACK, highlighting through CHARADON GRANITE and BLEACHED BONE. The Tongue was Highlighted from LICHE PURPLE to WARLOCK PURPLE. 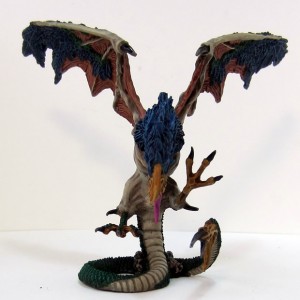 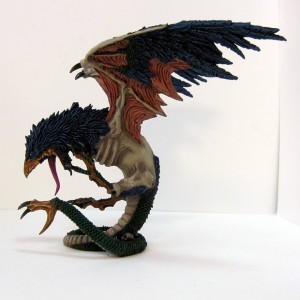 This model was really fun to paint, and surprisingly quick too. Hope you all have as much fun as i did!

Check out other painting guides, and reviews on the PAINTED LEGIONS website.